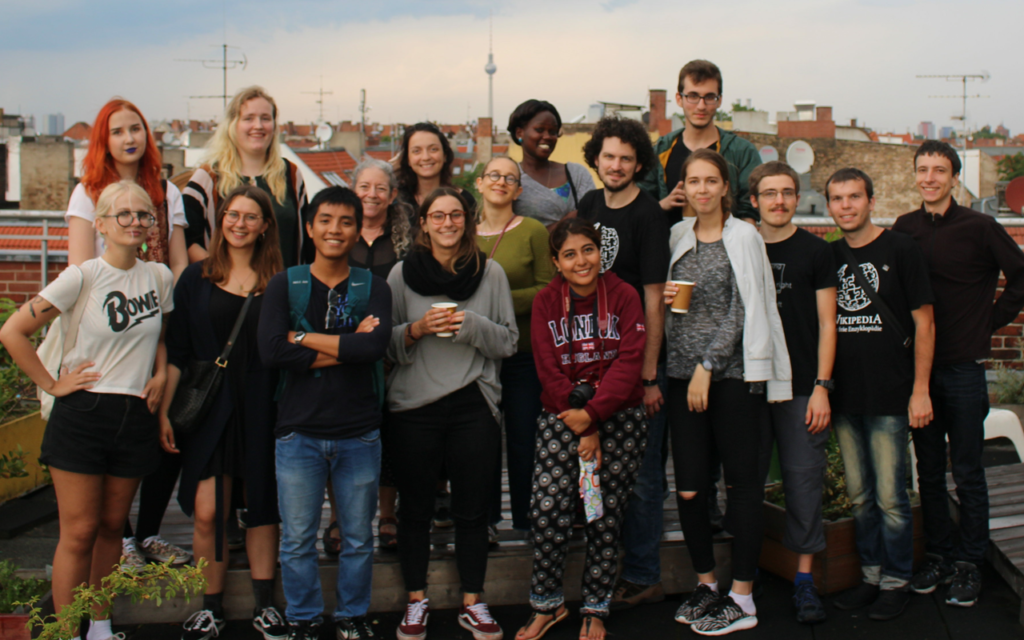 A peace project in Berlin from July 4th to July 18th 2017! […] We think that Wikipedia needs more and better content on social movements, justice and peace in general. So we started up Wikipedia for Peace, which is a community project organized by Wikimedia and Service Civil International. The project is organized as a “workcamp”, where people from different backgrounds come together for about two weeks to write and edit content about topics related to peace on Wikipedia. The project took place for the first time in 2015 in Vienna (for more info see Wikipedia for Peace 2015). Wikipedia for Peace 2016 was organized from August 10-21 in Jenbach (Austria), with 15 participants from all over the world and with a special focus on environmental justice. Wikipedia for Peace 2017 Berlin [had] a focus on persecution and refuge.
Read the whole article at meta.wikimedia.org/wiki/Wikipedia_for_Peace_Berlin_2017

More information on the background of the project: de.wikipedia.org/wiki/Wikipedia:[funding]/Wikipedia_for_Peace_Berlin_[SouthSudan] (in German)