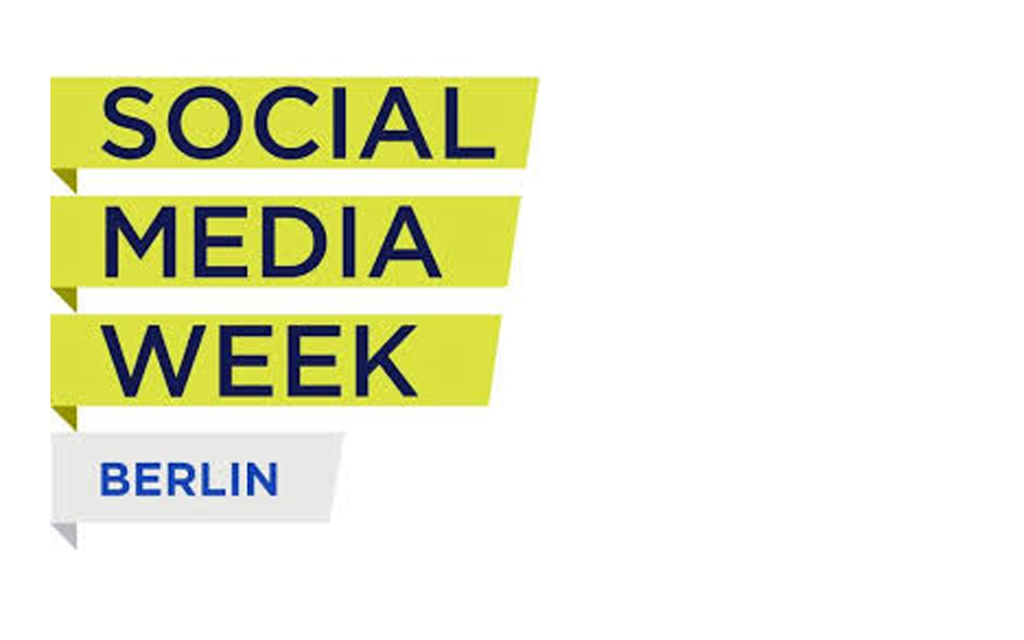 The biggest free new media and tech conference, taking place simultaneously in 8 cities around the world!

Powered by Nokia, #SMWBerlin will bring together experts in a range of fields – from science and art, education and gaming, to entrepreneurship and marketing – who will explore the impact of of new and developing technologies on our everyday lives. The two main locations – ImmobilienScout24 and design akademie berlin – will transform into hubs of information and networking, as communities and individuals come together to host presentations, keynotes, panels, and networking parties. There will also be a Jobs Fair and CV clinic hosted by FlexBase, as well as a series of Master Classes, in which high-profile brands like Google, SoundCloud, and Team Europe will teach audiences how to apply practical skills to their own businesses and ideas.

With more than 150 events and 3,000 unique visitors during the week, Social Media Week Berlin #SMWBerlin is the place to be introduced to new ideas and expand your business and social networks.

Each year, international keynotes, supported by local agencies and the Heinrich Boell Stiftung, have joined us for #SMWBerlin. This year Social Media Week proudly presents four of the world’s leading social media activists, all from Africa and representing themes that touch our everyday lives no matter where we live or work: Slim Amamou – anti-censorship activist and one of the key leaders of the 2011 Tunisian revolution, Bisi Alimi – Nigerian gay rights activist, public speaker, blog writer and HIV/LGBT advocate, Japheth J. Omojuwa – Nigeria’s Foremost Political Blogger and Commentator as well as Heba Amin – Egyptian artist and scholar on Egypt’s unique Speak2Tweet project.

Slim Amamou, co-founder of the web agency ALIXSYS is a computer programmer and blogger who became one of the leaders of Tunisian revolution. Arrested in 2010 for organizing a street protest against internet censorship and then again in 2011 during the revolution, he was appointed Secretary of State for Youth and Sports in the Tunisian interim government 3 days after getting out of jail. A few months later when the new government began to impose Internet censorship again, he resigned his post. Fighting against censorship and for the neutrality of the Internet, Slim Amamou is now setting up the Pirate Party of Tunisia. His writings focus on the modalities and mechanisms for the emergence of a new global society of the Internet.

Japheth Omojuwa, Editor of the African Liberty Organisation, has a deep understanding of the new era of journalism and the possibilities and challenges it presents for both industry workers, and individuals. Join him in exploring how the new tools of social media have lowered the barrier to who can play the role of a journalist, and how the journalistic responsibility is more likely upheld by the average citizen. He will touch on the future for traditional journalists, and what the advent of social media means for their industry.

Heba Amin is an Egyptian artist and scholar, currently a lecturer at the Media and Computing Dept. at the University of Applied Sciences, Berlin. Her artwork and research address themes related to urban planning, mapping, film, and technology. After the Egyptian authorities succeeded in shutting down the country’s international Internet access points on January 27th, 2011 in response to growing protests, a group of programmers responded by developing the Speak2Tweet platform. Amin’s work comprises an ongoing collection of experimental films saving Speak2Tweet messages directly prior to the fall of the Mubarak regime from disappearing into the depths of the web archive where they may be no longer accessible.

Keynote: Bisi Alimi – From the Street to the Web: creating a new generation of advocates and activists
Friday, September 27, 19.30 – 20.15
hosted by: Deutsche Afrika Stiftung e.V.

Alimi achieved notoriety when he became the first Nigerian to speak openly about sexuality on public media. At Social Media Week Berlin, listen to how Alimi has personally used social media tools to engage with African communities on issues of human and LGBT rights – subjects that are considered taboo in the region. The conversation will touch on the role of social media and social engagement in Africa, where a new generation of Advocates and Activists have been (re)empowered to address these issues.

All the SMW_Berlin Keynotes will take place at the design akademie berlin Aufbau Haus am U-Bhf Moritzplatz Berlin, 10969 All events at Social Media Week Berlin are free and open to the public, but registration is urged – doable via the SMW log-in portal on http://socialmediaweek.org/berlin. But as the Berlin edition of SMW grows, so too does the number of registrants and the demand for events. To ensure that SMW can maintain frictionless and effortless participation, this year a premium ticket, called a Connected Pass, to allow registration-free entry and reserved seating, has been introduced. For more info on the Connected Pass, which is valid for all of the over 100 for the full five days of SMW, please see: http://socialmediaweek.org/berlin/passes/