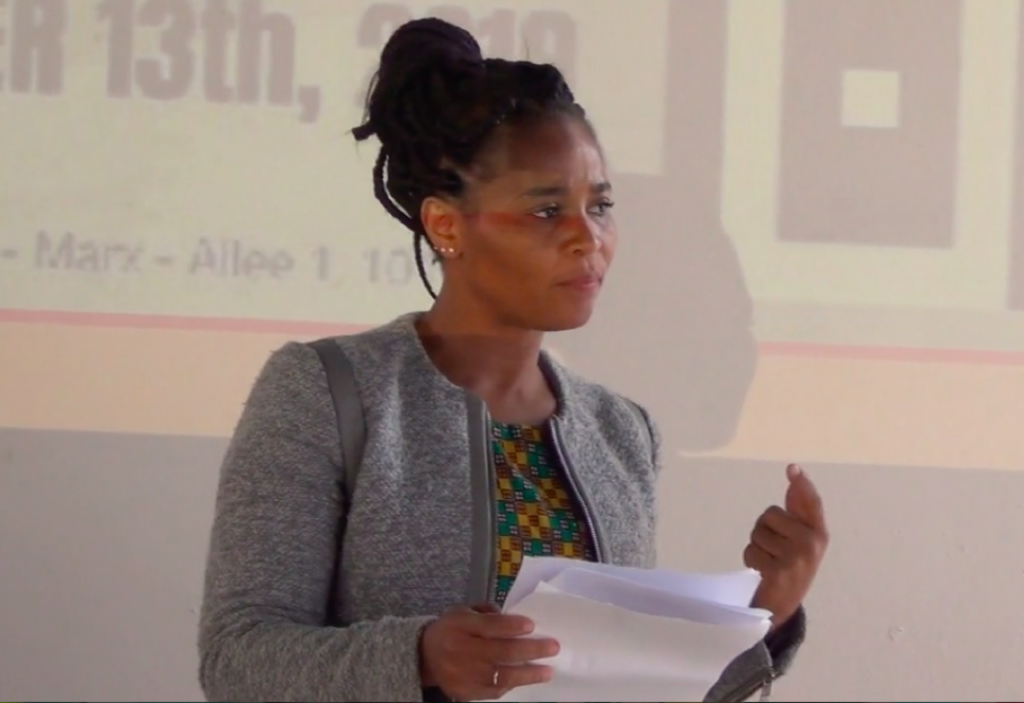 The recent case of a Chinese national found dead in a lorry in England or the boat that sank near the Canary Islands, taking with it 60 irregular migrants from Africa, prove that irregular migration is a global issue. It is estimated that around 30,000 migrants died globally between 2014 and 2018, most of which in the Mediterraneani. Though the numbers of migrants arriving at the European shores are not as high as in 2015, the phenomenon is still worrying. Particularly for Africa, irregular migration is accounting for the death of many young African men and women, outside of their home countries, hence, the phenomenon is at the centre of policy interventions.

These interventions have focused largely on building entry barriers, but also built on generalised assumptions about this phenomenon. Generating sustainable responses to the problem of irregular migration requires an evidence-based approach and of critical importance, it requires knowing who the migrants are. It is crucial to go beyond just the generalised assumptions of who the migrants are, i.e. people who are desperate, destitute and are the poorest of the poorest, people who want to manipulate the asylum system. Are they all very poor people who are escaping war and hunger from their home countries? It is by knowing who they are that more sustainable and solution-driven approaches can be developed.

A recent study by the UNDP seems to have provided some answers to this question. Before looking into the figures, let me share a personal story with you. During my early days in Germany, I got to know some members of the Ghanaian community in my host city. One of them was Attah. He had immigrated to Germany through one of the irregular routes of the early 2000s and had now naturalised in Germany. Though Attah may come across as someone who comes from a very poor background as every dark-skinned person is thought to be, he wasn’t that poor. He is a native of Obuasi, one of the popular gold mining towns in Ghana. Before immigrating to Germany, Attah was engaged in small scale mining.

During one of our conversations, he told me how his journey to Germany was facilitated by a middleman, one whose service cost him about 5000 Dollars, a cost he paid from his personal savings, savings he made from mining gold. When he told me the amount of money he had to pay to get to Germany and the fact that these were the savings he had made working in Ghana, I was surprised. Surprised by the fact that he was able to save such an amount of money working in Ghana, and still felt he could not have succeeded in Ghana or as we say it in there, making it big!

In many ways, Attah’s story resonates with those of the irregular migrants captured in the UNDP Scaling Fence report. Findings from this report show the earnings of almost half (49%) of the people interviewed appeared to be competitive within the context of their countries. Meaning these people were engaged in jobs which were fairly OK and could be described as safe and regular. But, it also implies that the other half may be struggling to make ends meet. For this 50%, embarking on these journeys may be about economic survival.

Beyond the role of economic factors in either influencing or not influencing the decision to migrate, is the desire to secure a better life. At the heart of the story of migrants from Africa is a common dream to succeed in life, a dream many feels can only be achieved through travelling abroad. Growing up in Ghana, there is prestige attached to people who travel abroad that is being a ‘Borga’. A ‘Borga’ is someone who has travelled abroad, and by abroad we largely mean, North America and Europe. But where does this prestige comes from? It comes from the kind of life the Borgas live and the things they have achieved for themselves and their family. It is a life filled with successes that don’t show the hardships they face in Europe or America.

These images do not include the menial jobs that they engage in or the fact that many of them could be living without the right documentation, which denies them access to certain basic services such as health care, financial services and pensions. The images exclude narratives of working several jobs and long hours. Rather, these images create a narrative of immediate success in which migrants can send remittances back home and in a couple of years, build a home. It is the images of these ‘Borgas’ returning home during festive occasions, wearing flashy clothing with their matching accessories, driving cars, and speaking with foreign accents that motivate and inspire many to travel by all means and at all cost. Going back to the UNDP report, about 43% of respondents interviewed during the study indicated they had a relative who had migrated. And even for those who do not have a history of family migration, they may know success stories from families within their community or town

The evolution of social media in the last decade has also contributed to perpetuating such narratives of successes, whether fake or real. The development of the internet in the last decades and the rise in social media usage, has facilitated access to information like never before. As of this year, the global internet penetration rates stand at 58.8%, of which that on the African continent stands at 39.6%ii. At this rate of internet penetration with a social media penetration rate at about 17%,iii the continent is not barred from the influence of the social media boom. On the one hand, this is a positive development as this promotes access to information. On the other hand, this can serve as an avenue for projecting and perpetuating false images that could fuel the wish to travel abroad.

The above therefore speaks to the complexities of the triggers of irregular migration. It speaks to the fact that the phenomenon is multifaceted. It is one which can be a culmination of inspirations, inspirations not only in economic terms but also of the dreams of the individual to make it big. It also includes the fact that many are oblivious of the lives that many of the ‘celebrated Borgas’ live here in Europe. And in particular, many are unaware of the dangers of taking these dangerous routes. And even for those who are aware of some of the dangers, they can’t relate to them. It is also the case that many do not see the opportunities in their home countries, they don’t see how their dreams could be fulfilled in their home countries and hence, need to travel at all costs.

Current interventions have largely focused on building barriers to impede the entry of migrants into Europe, as well as into the labour market. Don’t get me wrong, I am not advocating that irregular migrants should be given equal access to the labour markets in Europe. But even as an African when I see young energetic African men and women strolling aimlessly in the parks and city centres here in Germany, I get concern on two levels: First, these are young energetic people with dreams and sometimes skills, but have their hay days being worsted away. Second, this is a cost to the German taxpayer, whose money is used to finance the living costs of these irregular migrants, without any direct returns to the German economy. Hence, it is not surprising to see the uprising of populist sentiments in this regard.

I believe, it is time for policymakers and relevant stakeholders both in home and host countries to find sustainable solutions to the problem. One would ask: where is the motivation for the governments in the African continent to want to curb irregular migration? Please allow me to be a bit cynical here. After all, is it not the case that the fewer people who stay on the continent, the fewer job placements governments would be required to create? But that should not be the case. The wasting away of Africa’s youth in the Mediterranean, as well as in the parks and city centres of Europe should be of concern to its leaders.

After all, one of the factors that facilitated the development of China, is its labour markets. The fact that China was able to offer cheap labour to the industrialised world, an incentive which attracted industries to the country, creating the economic boom that we see today, should give insights to the leaders on the African continent. Having their youth wasting away either en route to Europe or in the parks and cities squares in Europe should spark concern among them. And for their counterparts in Europe, aside concerns of how to manage the migration crisis in order not to aggravate the growing populist anxiety, there should be the desire to find lasting solutions, a desire I want to believe exists.

The question then is what can be done? This is a question I can’t assume I know the answer to, not at all. But based on some of the points raised so far, and my knowledge of the context of some of the home countries, I can confidently say, any approach to tackling the problem should first and foremost be a multi-dimensional. As so far indicated, most of these migrants who embark on these journeys are not necessarily the poorest of the poorest, which implies two things: The motivation to travel is one which goes beyond just economical inspirations. Its sometimes has to do with the prestige that comes with travelling abroad, and the perception that one can only make it by travelling. Debunking such false narratives is key to reducing the number of people who leave their home countries for Europe. Second, some of these people who leave might reconsider their stands if they are well informed about opportunities in their home country. Creating an awareness of the alternatives to travelling to Europe is key, as this group can invest the large sums of money hitherto being given to smugglers, thus creating jobs not only for themselves but also for others.

The above mentioned, I believe are the bedrock of the Migrant Media Network Project. The project, which has so far been piloted in Ghana, does not only seek to create an awareness of the dangers that come to taking the irregular route to Europe but also seeks to highlight the opportunities in the home countries. And of particular relevance to the social media boom, the project seeks to provide young Africans with reliable information not only on safer options to migrate to Europe but also on the need to scrutinize some of the false images that can be created on social media about life in Europe.

To conclude, I would like to highlight the need for such awareness creation by ending with a quote from one of the participants from the training in Ghana. : “I am happy I have built some capacity from this workshop. I have learnt about migration. We think that travelling outside of Ghana alone will make you happy but because of this workshop, I have come to understand that not just travelling outside can make me who I want to be in future”. Thank you.