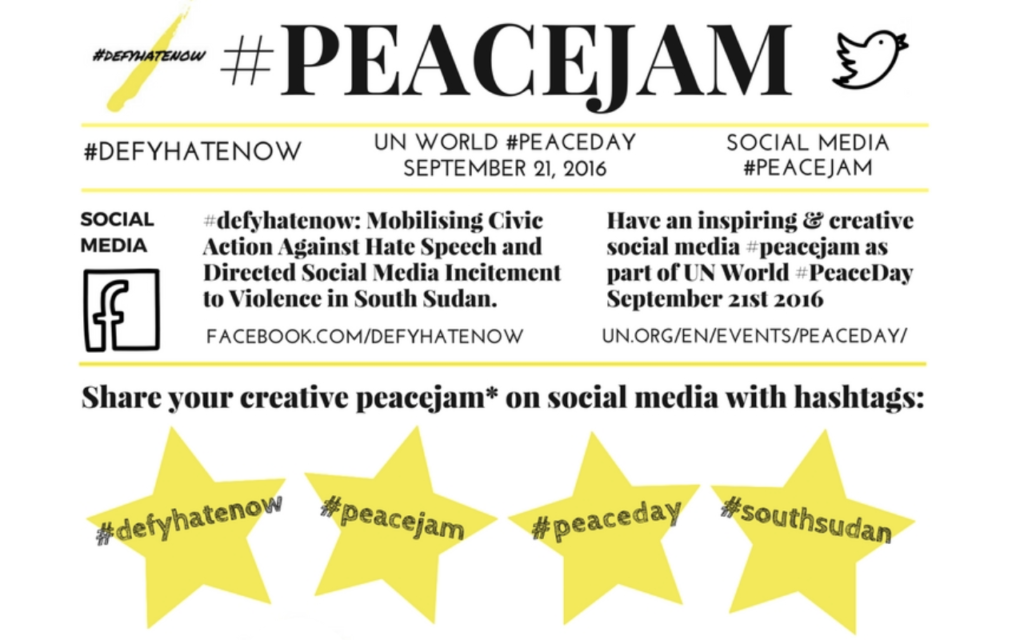 For example, this fantastic work by #AnaTaban initiative & community of artists and activists working for peace in South Sudan.