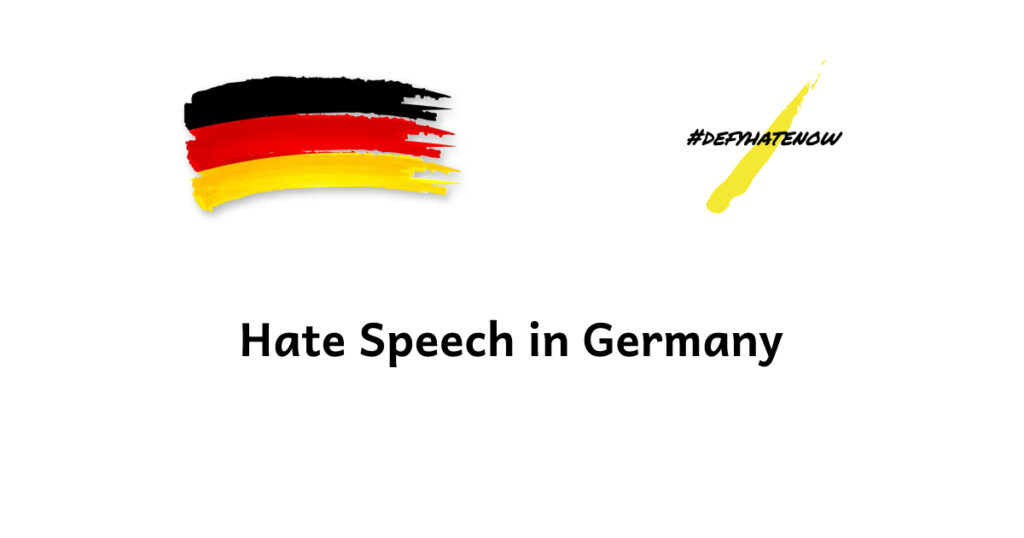 The murder of CDU politician Walter Lübcke in June 2019 demonstrates that hatred stirred up on the Internet can leave the digital realm in the cruellest possible way. Lübke advocated for refugees and had thus attracted the attention of right-wing extremist groups. And yet murder of Lübcke is only the tip of the iceberg. Sexualized hatred against Luise Neubauer, racist hostility against Dunja Hayali and death threats against Aydan Özoğuz, are only a few examples that illustrate the everyday presence of hate speech in Germany. Accordingly #Hass im Netz proves that every twelfth German has been a victim of hate speech already. Among young adults between 18 and 24 years of age, almost every sixth person has been affected.

Hate Speech creates a climate of collective misanthropy in Germany. With the introduction of the Netzwerkdurchsuchungsgesetz (NetzDG) on October 1, 2017, and the adoption of an expanded package of laws against hate crime in July 2020, legislators reacted to widespread forms of defamatory hate speech on the Internet. For many experts, however, the measures still leave too many loopholes. Data protection is also a hotly debated issue in this context.

In response to developments on the Internet, the education sector has taken up the issue of hate speech as well. In December 2016, the Standing Conference of the Ministers of Education and Cultural Affairs of the Länder in the Federal Republic of Germany (KMK) anchored educational approaches to critical media competence in school curriculums. The ambitious goal: To change formal educational processes in favor of a contemporary media education that teaches young people to use digital media responsibly.