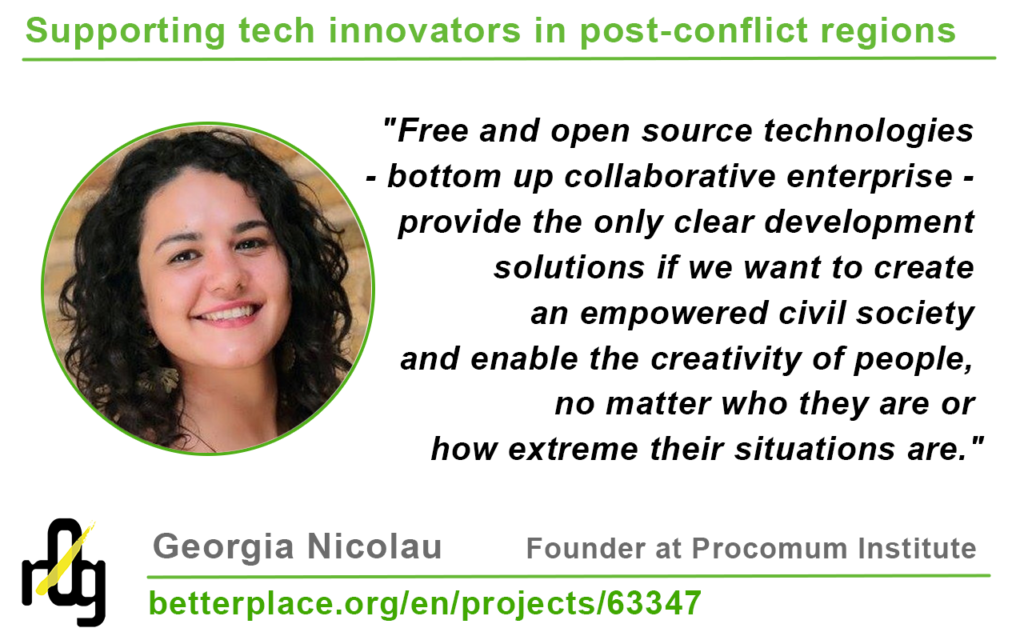 Georgia Nicolau is the co-founder and co-director at the Procomum Institute. She is an activist and a researcher in the fields of culture, arts, politics and citizen innovation. Between 2013 and 2016 she was the Director of Management, Entrepreneurship and Innovation at the Brazilian National Ministry of Culture and undersecretary of Creative Economy and Cultural Policies. Graduated in Social Communication she also collaborated as a cultural journalist in several vehicles and was one of the articulators of House of Digital Culture, where she coordinated the research and interviews of the multimedia project Cultural Production in Brazil. She also served as coordinator of communication for the Cultura Digital Festivals in Rio de Janeiro and the PICNIC Festival in Amsterdam.  In 2013, as a fellow of the Alexander Rave Foundation, she was part of the innovation team at the largest art and technology festival in Germany, the transmediale. Since 2013, she is part of the Global Innovation Gathering network, bringing together innovators and entrepreneurs from around the world, with a focus on the Global South.

“Free and open source technologies – bottom up collaborative enterprise – provide the only clear development solutions if we want to create an empowered civil society and enable the creativity of people, no matter who they are or how extreme their situations are. The work that r0g_agency does with the #ASKotec project should be replicated everywhere.”